Last Saturday morning I had the pleasure of being the guest demonstrator on the Starbuy show with the lovely Jenny Cleary.

Jenny is one of the nicest people I have ever met, and one of the funniest.  At times during the show I was laughing so much I found it hard to concentrate on my demonstrations!  I think the reason Jenny is so funny is because she is a one-off.  Her outlook, the way she looks at life, is obvious and natural to her, but at times is just plain weird to everyone else.  Let me show you what I mean… 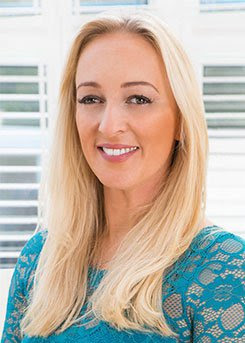 The show began as just another show until Jenny talked about how she struggles with numbers.  She was just about to announce the savings on a particular item for Club members and pulled a face as if she was working it out – then she admitted she was just pretending, and someone in the gallery was telling her the figure through her earpiece.  Jenny said, “I can’t Maths”.  As if to demonstrate the point she said she’d asked her 12 year old son, “If a pony was born in 1994 how old is she now?”  Her son replied disbelievingly, “Please, you’re not asking me this question really?”  He refused to help her because he believed Jenny should be able to work it out for herself… that was four days ago and she still hadn’t quite managed it!  I put her out of her misery by telling her the answer!

Later in the show Jenny gave us another insight into her world by practicing her three times table, live on air.  She got as far as seven times three before becoming confused.  To try to explain how her mind works, she says she doesn’t do numbers, and even when she looks at people she sees objects – “most Andrews”, she explained helpfully, “are mushrooms.” Jenny told me I’m not a mushroom, I’m a handheld fan.

Thinking some more about her “night out out”, she practised her dancing, decided it was ‘Mum Dancing’, and then tried to do what she called ‘Sexy Dancing’ instead.  I had to stop her and break the news gently that, whatever it was that she was doing, it wasn’t sexy dancing.  It reminded me of someone walking across a field and then hopping about when they realised they’d walked into an electrified fence! 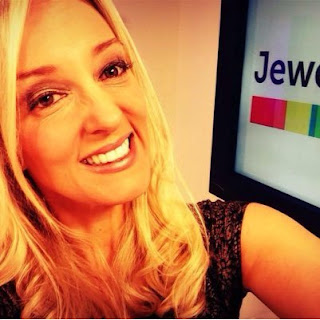 Demonstrating the Tattered Lace Pet Portraits reminded Jenny she’d grown up with a Tibetan Terrier, whose show name was (deep breath) ‘African Dawn’s Lady Touch It’. Frankly I was struck dumb for a while – not a great idea when you’re live on air! 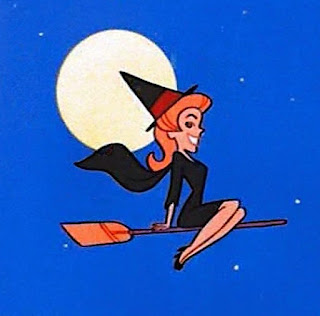 Another die reminded Jenny of the old US TV show ‘Bewitched’, and she admitted to standing in front of a mirror when it’s a full moon and trying to cast a few spells to see if she has magic powers.  When she asked if I did the same thing she seemed genuinely surprised when I said I didn’t! 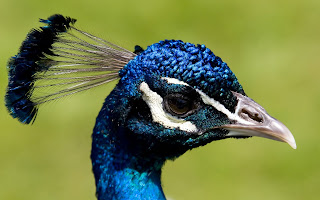 Jenny later announced that “Peacocks are magical creatures of this Earth” and she looked genuinely upset when I accidentally tore off the peacock’s head when I was quickly cutting it out!

Jenny’s other musings on the show extended to wondering why the Sun is always round when the Moon is not, and claiming that fingers are for counting on, and that’s why we have five on each hand when we really only need just a thumb and an index finger to allow us to do stuff.

She told us she’d hidden sixteen expensive Easter eggs in the boot of her car and they’d been in there for four days.  She looked crestfallen when someone explained to her that they might have melted because it’s been really hot lately and car boots heat up quickly.  Jenny made me promise to go with her straight after the show to her car “because there might be tears.”

I can reveal that I did go with her and the Easter eggs were firm, not melted at all, and looked very nice indeed.

Jenny Cleary you live in Jenny Land but you’re all the more adorable for that and you are absolutely hilarious.  Don’t stop being you!

Posted by Corrine's Paper Crafts at 06:11