Dad Dancing And The Flectere System...

Last Sunday I had the privilege of doing another ‘March Madness’ show with the lovely Ben Moseby, and what a laugh we had.
Ben took ‘March Madness’ to heart, and perhaps too literally, when he opened the show by launching into some improvised dancing on the spot! At least, I think it was supposed to be dancing, although he was moving like he’d suddenly found a spider down the back of his shirt!  I politely refused his kind invitation to join in…
The madness continued when Ben introduced the first item on the show, only to have a caption appear on the screen that related to the previous show!  Oops! That’s live TV for you!
Ben decided the only thing to do was to start the whole show all over again, but I think this was just an excuse for him to indulge in yet another spot of ‘Dad Dancing’… which he then promptly did!
March Madness, very aptly named..!
When everybody did eventually calm down and we got down to the crafting, the highlight of the show (for me, at any rate!) was the Flectere range of dies. I love this range, it’s a brilliant, truly ground breaking concept and there’s nothing else quite like it on the market.  ‘Flectere,’ as I’m sure some of you will have heard me say before, is a Latin word meaning to bend or to shape, and that sums up what the range of dies allows us to do. Flectere is all about being able to make cards which have depth and dimension.  You use the dies as you would normally, using your die cutting machine, but the difference is that the dies come with a strip that has tabs and slots in them and using this strip, you can build up curves or curvatures in your card.
Even better is the fact that the dies all have ‘snipability’ – you can cut away and just use part of the designs of the dies, and you can mix and match, or just use a small part of each die and combine them in any way your imagination allows you to. You can use the dies as a stand alone card or you can introduce as many layers as you wish, it’s totally up to you.
Another great innovation is the Flectere Cutting System.  Using this, you can take any ordinary die you have and overhang it on the edge of your die cutting machine so that it cuts into your card stock – then apply the Flectere Cutting System to the bottom… and hey presto, any of your dies are turned into a three dimensional Flectere die.  Brilliant!
The best way I can find to describe it is ‘floating decoupage’, and the best way to show you what I mean is if I stop typing right now and show you some pictures instead…  hope you like them! 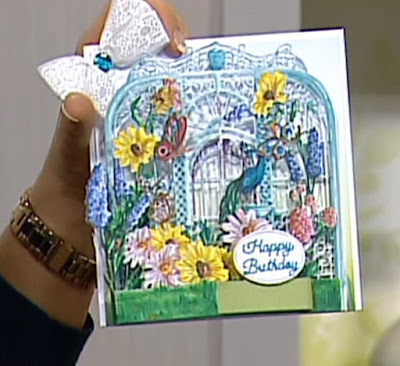 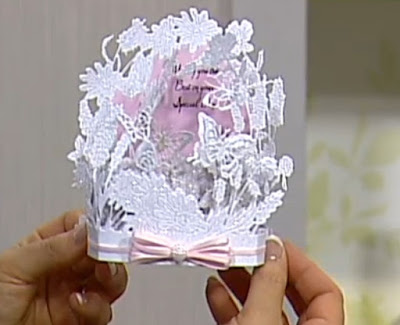 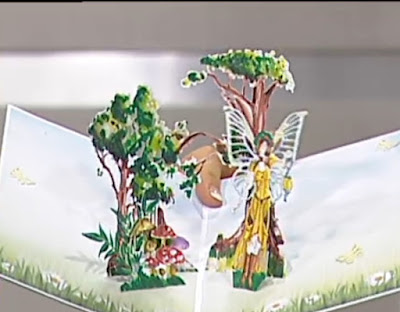 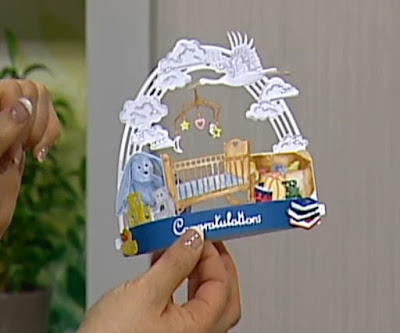 Posted by Corrine's Paper Crafts at 06:10