I did a series of shows recently demonstrating the Tattered Lace range of Art Deco dies – and everyone involved had a great time.

Has there ever been a more romantic, exciting style than Art Deco? I read that Art Deco first made an appearance in France before the first World War, but it became really popular during the 1920s and 1930s. 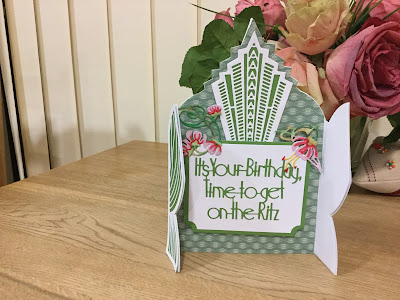 And one of the interesting things about it is that it didn’t just influence the design of clothes, hairstyles and jewellery, but trains, buildings and even ocean liners were built using Art Deco principles.  In its heyday, Art Deco represented luxury, glamour and exuberance, and perhaps it still does – when I think of Art Deco I automatically associate the style with wealth and sophistication.

This was yet another World Launch – all exciting stuff – and following the success of the previous Art Deco shows, this Launch was so successful it just exceeded all our expectations. 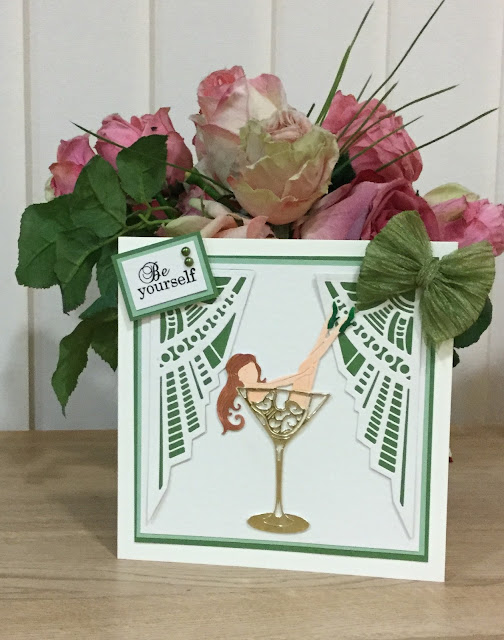 I loved it all, and it seems the viewers did too; messages and emails from viewers flooded in and eighty per cent of the amount of Art Deco stock that had been expected to take two weeks to sell had flown off the shelves in just forty eight hours.  This shows our viewers know a good thing when they see one!

I’d lost count of the amount of ‘sell outs’ that we had; obviously that is fantastic news but, and I don’t really mean to complain at all here, it meant that I was busier than Santa on Christmas Eve as I had to abandon the demonstrations I’d got ready for some shows and start again on brand new demonstrations – there’s no use me demonstrating what great results you can get from a certain die if no one can buy that die any longer! 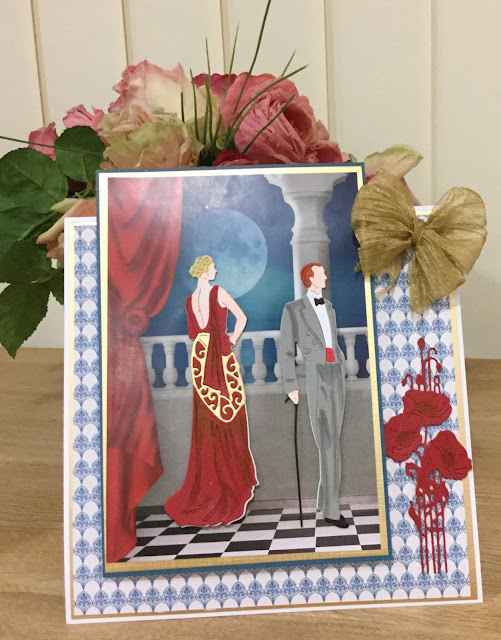 When I’m in front of the cameras in Peterborough I tend to forget just how wide ranging our audience is – I tend to think our lovely viewers are all living in the UK.  So I was quite surprised when two emails were picked out as winners from the Cup Of Chance, to see that one of them lives in Germany and the other resides in New York!  I know it sounds silly but I was tickled pink to think that my cards are now going all over the world!

As a style, Art Deco uses bold geometric designs, and the cards pictured here certainly manage to capture that.  Even certain fonts have connections to Art Deco, and they are used here too.  But Art Deco is not just about strong geometric lines, it’s also about bright and vivid colours, and elegant chic.

It’s amazing that Art Deco first came into being more than a hundred years ago and if our viewers and I are any judge, it’s still as popular as ever!

Posted by Corrine's Paper Crafts at 18:36