All the Create & Craft TV shows are obviously very professionally put together and very smooth and polished… but once in a while, every now and then, we have a proper laugh with it.  I don’t know why – perhaps it’s collective tiredness, or we all get infected with The Giggles. But some shows are just funny and, dare I say it, at times they can descend into what can only be described as silliness…

One such recent show was during the recent Club Class Event which unfortunately came to an end last Sunday; I don’t know about the viewers but everyone in the studio enjoyed themselves!

For the uninitiated, a Club Class Event is a show where we showcase lots of items that are for sale at up to 60% off.  It’s an event that is designed to reward our Club members for their loyalty. There’s no need for non-members to be envious though as people can join the Club on the day and then get the discounts…! 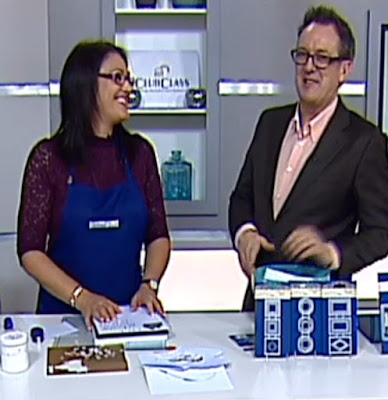 So this was a show that was being simultaneously broadcast to America as well as the UK, and the presenter was the lovely Martyn Parker. 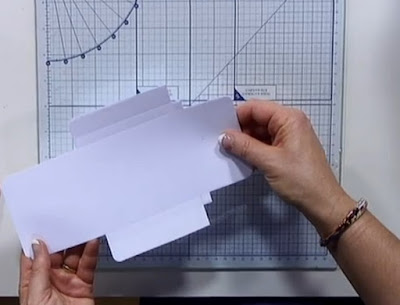 The fun began when I demonstrated how easy it is to make a gift box using the Gift Box Die, and Martyn and I spoke about what sort of gifts could fit in there.  It’s become something of a standing joke that I want my husband to buy me a bracelet – and a bracelet would fit in that gift box very nicely thank you.  So Martyn looked squarely into the camera and said, “Colin, if you’re watching mate, Corrine wants a bracelet… a happy wife, a happy life!”

Martyn may have a point there! 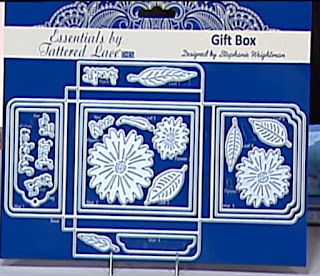 To be serious for a moment, the Gift Box Die is always popular and always sells really well, and it’s no surprise.  The Die gives you all the cuts as you would expect, but it also gives you all the score lines too, so you can’t really go wrong. Simply fold along the score lines, use a tiny bit of tape, and there you have it, a basic gift box in less than a minute that you can then go on and embellish as you wish. A great favourite!

Some of the dies we went on to feature include the really useful ‘half’ dies – including Half Hearts, Half Decorative Circles, and Half Decorative Rectangles.  When Martyn asked me why these dies are a half and not a whole, I innocently explained that they’re a really good idea because if you want a half, it’s much harder to make a half from a whole than it is to make a whole from a half… if you see what I mean.

Martyn took this theory and let his imagination run away with him, saying, “A half is smaller than a whole but you can’t make a whole with a half when you’ve got a half with a hole…” I don’t know about the viewers at this point, but I know I was totally confused! 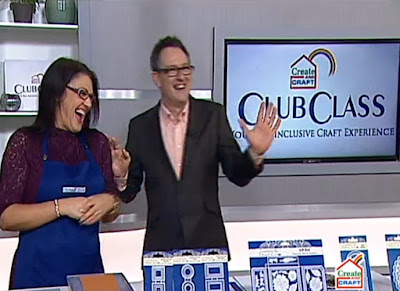 The final bit of daftness that made us all laugh was when the camera panned across to the lovely presenter Loen, who was totally unprepared to be on screen at that moment and was busy telling someone on the studio floor who was out of shot that she still had their Christmas card and hadn’t got round to giving it to them yet!  Give it up Loen, it’s February!

The hour flew by and the Cup of Chance was brought out; all the bits and pieces I had cut out, including the gift box, would be winging their way to Detroit Lakes in Minnesota. It’s a small world these days!

Posted by Corrine's Paper Crafts at 06:33