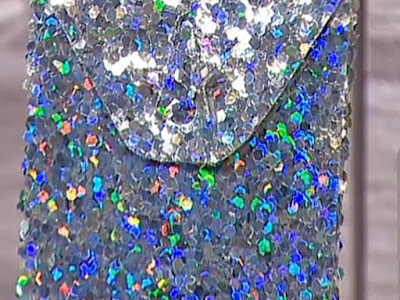 It makes sense to me to spend time making a really lovely, eye catching envelope in which to carry your card.  The envelope is the first thing the recipient of your card will see, so it’s kind of a shame if that envelope is boring and plain white.  You’ve taken a lot of time and care in making your card so why not make the envelope just as nice as what’s inside it?  You wouldn’t wrap a diamond in a brown paper bag! 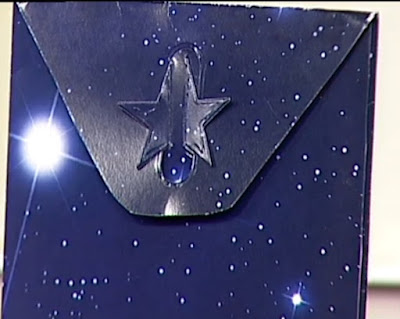 I demonstrated the Tattered Lace set of twelve envelope templates with closure dies.  There’s a size in there to suit all needs, ranging from the width of an A4 sheet right down to the smallest, 11cm x 5.5cm.

Of course these dies don’t have to be used to make just envelopes – it’s easy to make wallets that can hold small presents such as jewellery, gift vouchers and the like. The closure dies enable you to fasten your envelope in a much more interesting way.  They are superb and work especially well for something that needs the ‘wow!’ factor, such as wedding invitations for example. And again, the closure dies don’t have to be used to make only envelope closures – you can use them to make embellishments for any of your makes. 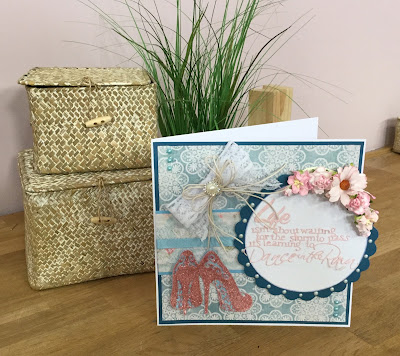 I also demonstrated a die that surely has the longest name ever – ‘Life Isn’t About Waiting For The Storm To Pass, It’s Learning To Dance In The Rain’ Die. (phew!) It’s a long name for a large die, so I suggest you might want to make it a focal point for a card.  It doesn’t have to be a card of course, it works very well as the focal point for a motivational plaque. 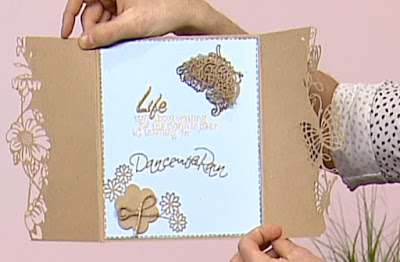 All was going rather well in one of the shows until at this point the giggles began as Dan Bancroft voiced the theory that the World Famous Ricky Martin is actually from Norwich.

Someone in the gallery corrected him and said he was born and raised in Swaffham.  Dan then googled Ricky’s birthplace, found out he’s from Puerto Rico, then told everyone that Puerto Rico is in North Norfolk! As you can imagine it was difficult to concentrate at this point! Dan then tried to blame me for bringing up the subject of Ricky Martin in the first place!

When Dan asked if anyone in the studio knew three Ricky Martin songs Magic Hands became really excited and shouted out some titles, while music loving Marcus walked out of the studio in disgust, shaking his head sadly…

Posted by Corrine's Paper Crafts at 06:02